The Barrington Hills Police Department would like to inform residents that Old Sutton Road is open to traffic and that the preliminary investigation of the incident on March 7, 2020 indicates that a large party was held at a home by individuals from outside of Barrington Hills, who had rented the property on a short-term basis. Although a shooting that resulted in the fatality of one attendee occurred, the Department wishes to assure all residents that this was an isolated incident. There is absolutely no reason to suggest anyone from this event has remained in the area and there is no active or continuing threat to the public’s safety. The Police Department is using every available resource at its disposal, including detectives from the Major Case Assistance Team (MCAT), a multi-jurisdictional task force comprised of detectives from more than a dozen suburban Chicago agencies, to aggressively investigate this incident and bring the offenders to justice. It is understood that an incident of this nature is highly disturbing and the Department would, therefore, like to remind and encourage residents to never refrain from reporting suspicious activity or requesting assistance or service from Police. Road Closures! Will you be affected? 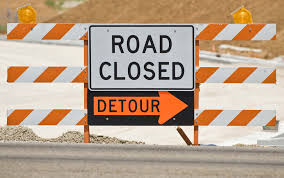